Rebecca Ayooluwa Adimula (Becky) was born on the 12th day of October, 2002 to the Adimula Royal family of Odo-Owa, Kwara State, Nigeria. Her birth as a special child attracted a lot of attention from many who beheld her build and beauty and saw greatness in her person.

Rebecca started her crèche education at His Grace Nursery and Primary School, Ilorin, she had her Primary Education at the Roemichs International Schools and Flora Schools, Ilorin, Nigeria. She graduated as one of the best graduating students with award from the  Thomas Adewumi International College, OKO, Kwara State.

From her tender age, the milk of kindness was discovered in her, as she always tried to lend a helping hand to cuddle babies, help toddlers walk and give gifts to children. In 2011, at age 9, she donated all the N2,000 she had saved personally to Kiddies Sight-saving Endowment Fund, for free eye surgery for indigent children, the act of kindness was publicly acknowledged.

In 2012, she expressed a desire to celebrate her 10th birthday with children at the Orphanage Home, Ilorin and she was able to pool a lot of gifts from family members to donate to the Home. Becky discovered in herself, very early, the interest to speak motivationally to encourage other people with physical disabilities to believe in themselves and work towards achieving their goals in life. 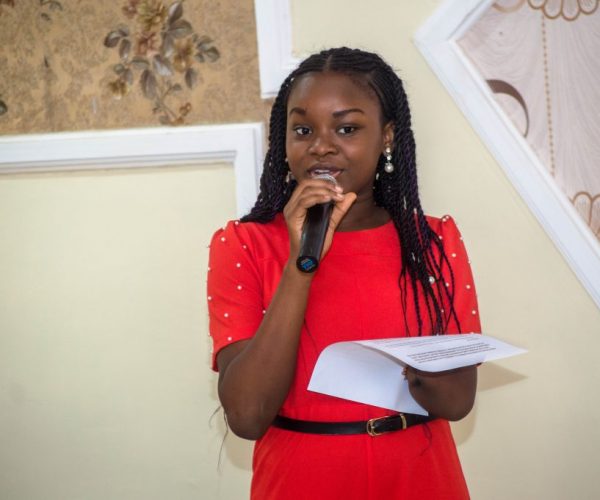 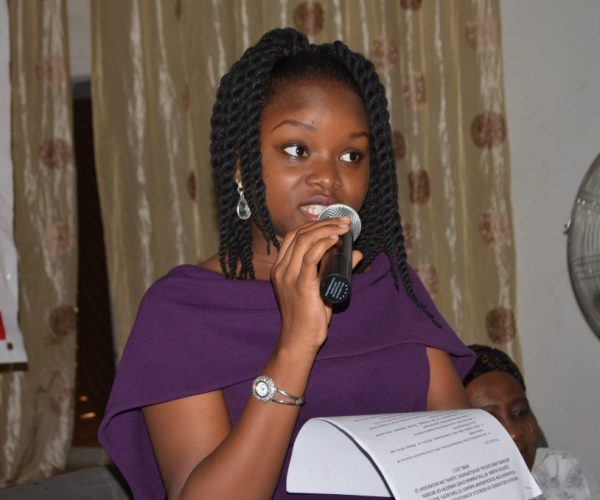 In 2015, to have a platform to serve humanity, especially in her choice area, Becky’s Foundation was registered with the Federal Republic of Nigeria, to provide moral and educational support to physically challenged children.

In July, 2015, she launched an annual Prize award for the best graduating student of Kwara State School for Special Needs and her Foundation also gives annual educational support to a physically challenged boy in Rehoboth College, Ilorin, Nigeria.

Becky was the sole Guest Speaker at the Kwara State Television at the 2016 Children’s day celebration to encourage Nigerian children, especially those living with physical disabilities that they are as important as other abled children.

On 31st May, 2016, at the Children’s Day celebrations dedicated to physically challenged children, in a programme organized by Her Excellency, Dcns Omolewa Ahmed, Wife of the Executive Governor of Kwara State, Rebecca being a Resource person spoke motivationally to encourage her audience against discrimination at home and society, while cheering several other people with physical disabilities in the audience to believe in themselves. That believing in oneself can make them more useful than many abled people. Her presentation, filled with emotion, was well received by all and sundry.

She is the proud daughter of Professor and Dr (Mrs) Abiodun Adimula.

We are Helping Hands

To actualize the reasonable, equal & special treatment of the people living with disabilities with other humans.

Meet Our Board of Trustees/Volunteers